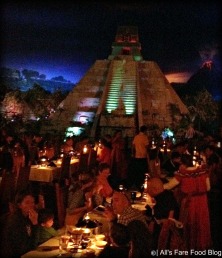 Today we welcome back my hubby Brett to give us his review of San Angel Inn inside the Mexico pavilion at Epcot.

Take it away, Brett!

One of the greatest places to visit at Epcot’s World Showcase is the Mexico pavilion. Compared to the other countries there is so much more to explore. You can take a ride on the Gran Fiesta Tour starring the Three Caballeros, buy goods in the marketplace and for the older folks in your party they can step off to the side and enjoy La Cava del Tequila where they can taste Mexican tequila and learn its history. One of the great treasures that we discovered on our last trip was the San Angel Inn.

The restaurant overlooks the inside pyramid and the boats that are taking the ride through the Fiesta Tour. A major plus is that we were able to get a reservation the day we dined, which as most people know can be a challenge at the restaurants at Disney World. One downfall is that anyone in your party that is hard of sight will have issues with the low lighting. I came in expecting the usual fare of tacos, burritos and enchiladas. What I came to find out is that Disney and their chefs know how to make Mexican food come to life! 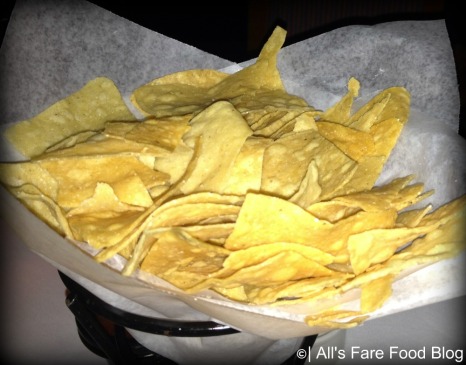 Like most Mexican restaurants they serve tortilla chips and salsa for starters. The tortilla chips were made in-house and the salsa had excellent flavor. We also decided to go with a couple of their handcrafted premium margaritas.

My father and I decided on the Wild Passion Fruit, which had the right amount of alcohol and terrific fresh fruit flavor. 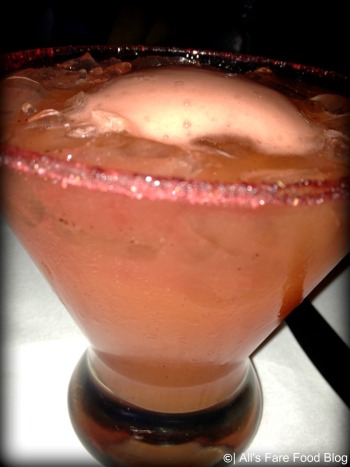 Christina’s was a different story. She opted for the Blood Orange margarita, which was pure alcohol. My poor wife was able to finish only a quarter of her drink before she started to feel it. My father and I finished it off for her, and believe me, it was one of the strongest margaritas I’ve ever had. (It took Christina until Illuminations, two hours later, to sober up!) 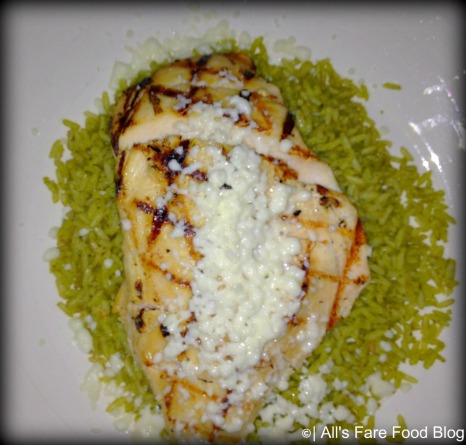 For an entrée, my father opted for the Pollo a las Rajas. A dish of grilled chicken breast with a cream sauce of red peppers and onion strips, poblano rice and topped with queso fresco. 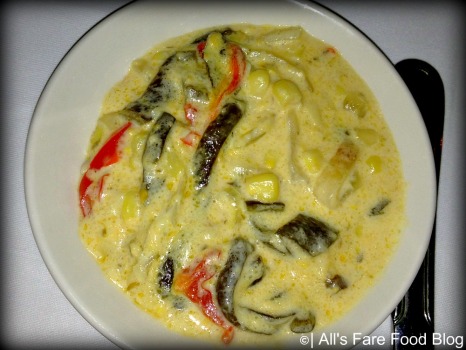 My father isn’t overly great with spicy food so he was a little bit worried about trying a Mexican restaurant. He asked if he could possibly have the sauce on the side in case it was too spicy. Of course, Disney being the great place that they are had no issues with splitting up his entrée onto two plates. He really enjoyed his meal and wants to give Mexican cuisine more of a chance in the future. 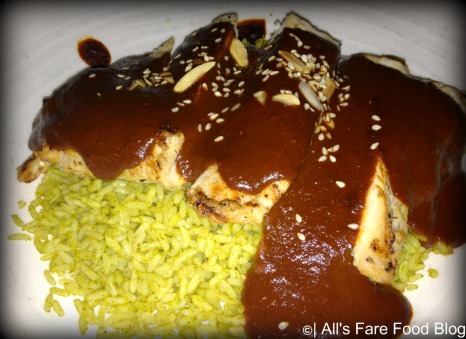 Christina decided to go with the Mole Poblano. This classic Mexican chicken dish was served over poblano rice and the sauce was made with spices, a hint of chocolate, and sprinkled with mixed nuts. The sauce was packed with flavor right from the first bite. This entrée was outstanding and is something that shouldn’t be missed on your next trip. 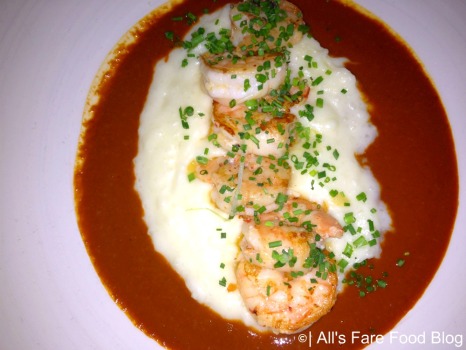 I opted for the Camarones a la Diabla. Roasted shrimp sitting on a bed of yuca puree and cascabel chile sauce. This dish was definitely on the spicy side, but that’s just the way I like it. Each component really helped to enhance each other’s flavors. I would instantly order this again if it were on the menu. 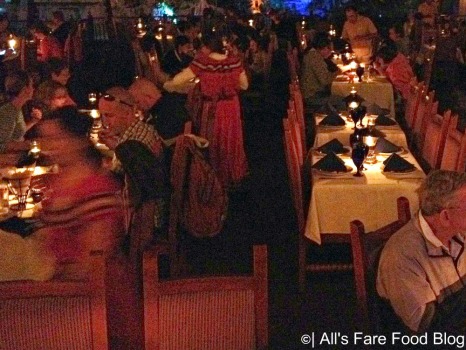 Great food and a relaxing atmosphere will bring me back to San Angel Inn the next time I’m at Epcot. Don’t take my word for it, try it yourself the next time your wandering around World Showcase!